Bette Davis and the Horror of Age 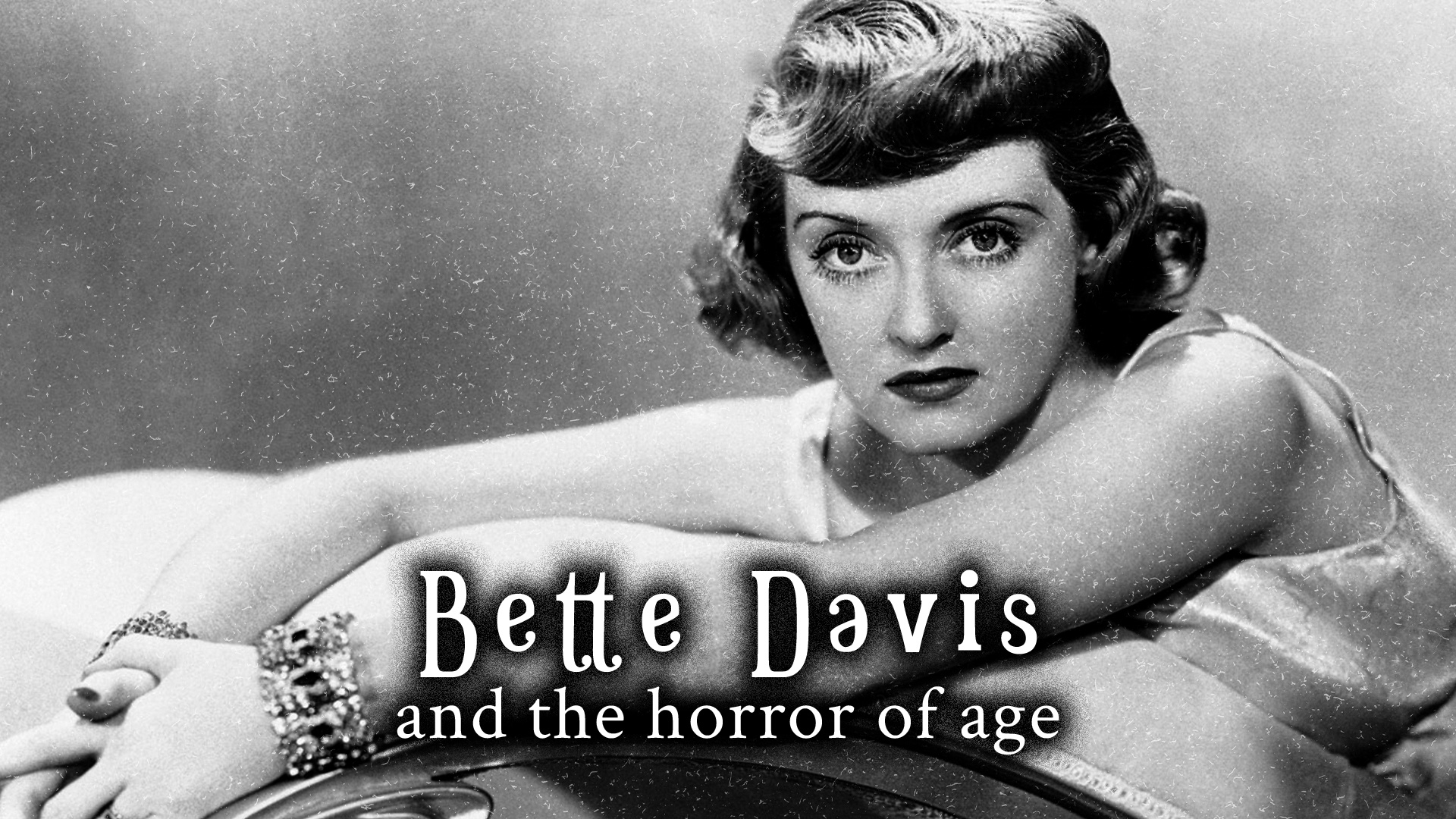 "It wasn't just that she was pretty."

One of the old reviews for What Ever Happened to Baby Jane? references director Robert Aldrich's "feeble attempts […] to suggest the irony of two once idolized and wealthy females living in such depravity." But to say that Baby Jane – and other films like it, falling under the "hagsploitaton" banner – is simply about the irony of seeing Bette Davis in grotesque makeup is to misunderstand its powerful sense of horror. Yes, it draws on the personas of actresses like Davis and Joan Crawford, and the Old Hollywood glamour they were associated with. But the films engage with these personas in a way that places them in a dialogue with the past, mining the inevitably of aging and the march of time for a unique kind of horror.

Both Baby Jane, and Hush... Hush, Sweet Charlotte (Aldrich's 1964 follow-up to the former) are obsessed with the past, and, specifically, with houses, like exploitation riffs on Norma Desmond's Sunset Boulevard mansion. The opening of Sweet Charlotte is a series of shots of a southern plantation mansion, kept pristine and perfect. Charlotte's father, Sam (Victor Buono), talks about his desire to hold onto the house, refusing to "let this whole place slide to dust," speaking not only to the house's importance in the present but also its history. Charlotte uses this house as a way to enter into a dialogue with the past and present of Davis' title character, stuck somewhere in her history, in this house that time seems to have forgotten. The house in Baby Jane is similar. Bought from the money of either Jane's vaudeville career, or Blanche's Hollywood one – depending on which sister is talking – it used to be owned by Valentino. As the two sisters wage war there decades after its purchase, it becomes a symbol of the decay that's also overtaken those who live there.

Aldrich's collaborations with Davis, for all of their exploitation trappings – headless corpses in Charlotte, and the plentiful dead animals in Baby Jane – never simply use ugliness itself as a kind of horror. Both of them talk about the fact that time has been unkind to Davis' characters – her neighbor in Baby Jane, when talking about never seeing Blanche, says, "the only one I ever see is that fat sister slouching around." However, neither film seems to relish in the idea of simply making a glamorous movie star ugly.

Blanche talks about how her sister has changed with time, saying, "it wasn't just that she was petty. She was different, she was so alive." Here, the true horror of age and decay isn't just the loss of beauty but also a loss of humanity. The two are never directly conflated, but instead, the idea of Davis' evil and madness seems to manifest itself in her appearance. In Baby Jane, her aesthetic is monstrous to the level of drag, the layers of makeup putting her somewhere between a vaudevillian and a corpse. The most striking thing about the prominent Old Hollywood beauty spot is how it seems to trap her in the past. Seeing her recreate her old routines, singing songs like 'I've Written a Letter to Daddy' is more tragic than grotesque.

Charlotte is less outwardly evil than Baby Jane Hudson, with her madness brought on by the outside world as much as herself. Still, it's age and an inability to let go of the past that are significant factors in her mental fragility. The sheriff of Hollisport says, "she's not really crazy; she just acts that way because people seem to expect it of her." It illustrates the troubled relationship that Charlotte has with aging and solitude. The film explores the idea of performance through other people "expecting" a certain level of madness from Charlotte. The idea of performance, and the persona of performers – both on and off-screen – is integral to how both of these films generate horror. Even the poster for Baby Jane leans into this idea, offering a warning to audiences that "If you're long-standing fans of Miss Davis and Miss Crawford, we warn you that this is quite unlike anything they've done." This is true not only the sense of seeing the two actresses in exploitation films, but also in how they're represented; their beauty and glamour surrounded by decay.

In Sweet Charlotte, the old Hollis mansion becomes a more explicitly haunted house, with Charlotte walking through it in a deluded, mad state, encountering the ghosts of her past. The cold light of day serves as a reminder of what she's lost and what she's become. It's no wonder she describes her reunions with the past as "not real when its light. It's only real when it's dark. Dark and still." Charlotte wanders through the house in these bouts of madness, and it can be seen in all of its gothic pomp, from the thunder and rain to the voices and music of her past. It makes sense that she calls for John – her deceased lover, who she thinks she may have murdered – a man who takes on an even more ghostly quality in these scenes as if he's being invoked by the storm itself. The decay of the mansion and the mental instability of Charlotte come together to bring out a ghostly and gothic dialogue with the past.

Of course, it's impossible to ignore the physical nature of age on Davis' characters. Beyond just her drag-like look as Baby Jane, Charlotte is also a character whose age, and the way she's changed is commented on. The first time we see her, she's almost a parody of herself. A group of children talks about breaking into her house to take something, and they turn and run at the mere sight of her. She's representative of a particular kind of horror, an almost crone-like character, who's seen as being monstrous because she's aged and no longer looks as glamorous as before. This is taken to even greater extremes in Baby Jane. When her conception of herself was as a child vaudeville star, the disconnect between then and now is even more pronounced, and that makes her current abjection even more striking and imbued with horror. After singing 'I've Written a Letter to Daddy,' Jane catches a glimpse of herself reflected in one of the house's many mirrors, and she screams. This kind of scream at reflections, and at the self, come up a lot in these films, showing Davis' characters themselves as being horrified by what they've become.

The Nanny, a 1965 Hammer Horror film in which Davis plays the title role, does the most to take her away from the persona of Bette Davis. The movie removes the former glamour of characters like Baby Jane and Charlotte. Instead, Davis is malicious, murderous, and her appearance might be best described as "frumpy." This takes the evil old woman on the threshold image from Sweet Charlotte and ramps it up to the extreme, turning her into a villain who's defined by how her age has made her a kind of anti-feminine monster.

Age functions in Davis' horror films with the march of time to create a kind of existential horror. These are women that the world has forgotten. It's no wonder Baby Jane always tries to talk to people as if she's still in the past, often saying, "I wonder if you can guess who I am." These films draw out their horror not because of who these women were, but instead who they used to be, and how age has changed them, turned into people that are expected to become evil, withdrawn, and insane. And, inevitably, they do.