Desire and the Devil: Exploring Sexuality in ‘The Exorcist’

By: Millicent Thomas | June 16, 2020
Home / Articles / Desire and the Devil: Exploring Sexuality in ‘The Exorcist’ 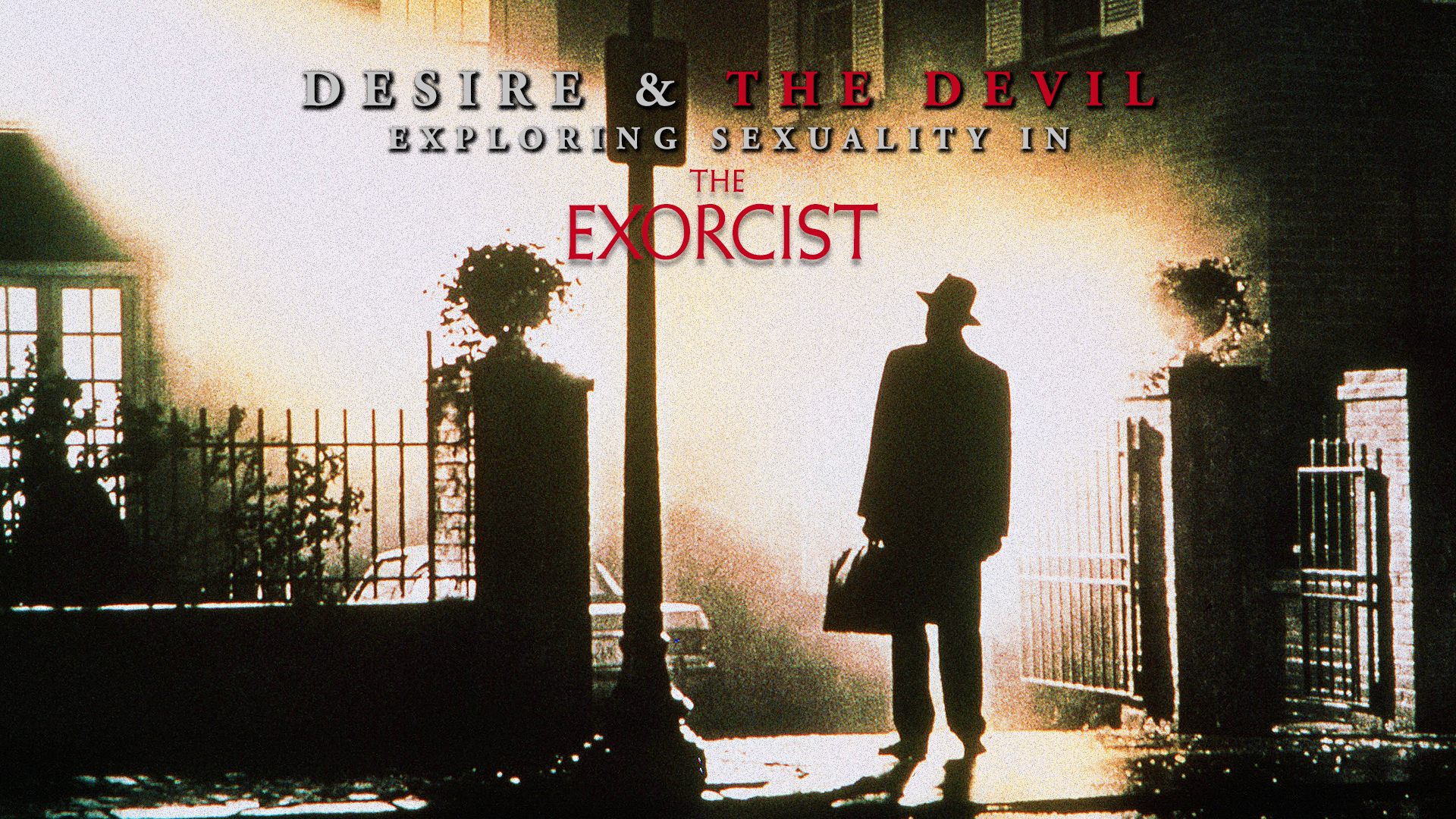 William Friedkin's The Exorcist was an unprecedented hit. The film was released in cinemas in 1973 and had audience members queuing for hours, with some flocking to see it more than once. One viewer told The New York Times at the cinema door, "It's the best horror film I've ever seen. You feel contaminated when you leave the theatre." Ticket scalpers were even making upwards of $50 for a pair of tickets during opening weekend. The release was truly a phenomenon, and the film remains infamous for the reactions of its audience. There were reports of fainting and nausea, and some cinemas even arranged for ambulances to be on call. There's no doubt that Academy Award-nominated The Exorcist made the horror history books, and its legacy is all the more interesting for the various imitations that came after.

The possession of young girls is a staple of the supernatural subgenre, and The Exorcist is a key example of the beginning of something theorized widely in studies of gender and sexuality. In the film – and the vast majority of possession films such as Audrey Rose and The Devil Within Her – the possessed is a young girl on the cusp of puberty. Often between the ages of 10 and 15, it is no accident that she begins as a symbol of innocence and naivety, only to become a demonic force capable of hideous perverted acts. In Friedkin's horror classic, The Exorcist, our possessed subject is eleven-year-old Reagan MacNeil (Linda Blair).

Reagan is unbeknownst to the evil connotations of the ouija board she finds in her basement. She believes she's contacting her imaginary friend, Captain Howdy, through the board, but this entity soon shows its true colours. Her subsequent possession by the demonic entity is characterized as a series of vulgar acts: she begins using obscene language, she urinates on the floor in front of her mother's guests, she speaks backward and in different terrifying voices, and – in the famous scene – her head spins all the way around her body.

In a 2013 article for Mic, Maribel Hermosillo argued that possession horror slut-shames women by associating sexual desire with demonic possession. They suggest that the sub-genre positions a dangerous "innocent vs. guilty" dynamic that associates sexuality, specifically in women, with evil. Think about the bloody crucifix scene in The Exorcist: the viewer is told that female sexuality is literally satanic. The films further this idea with the portrayal of a young girl's innocence and subsequent sexual advances on the adults around her, or even the priest performing the exorcism. It’s worth noting here that, in Catholicism, only men are permitted to become priests and perform an exorcism – meaning that in the context of the film and this analysis, only men are appointed to condemn young women and their desires. A woman reaching puberty, being possessed, is the end of innocence. It is as though the possession is a way of legitimizing or dismissing sexual behaviour because, of course, demonic interference is the only reason a girl would ever think or act on such things.

In "The Monstrous Feminine," a seminal book examining gender in horror, Barbara Creed argued the horror emerges from "the fact that woman has broken free from her proper feminine role – she has 'made a spectacle of herself' – put her unsocialized body on display." Woman is constructed as possessed when she attacks the symbolic order and that "she demonstrates that the symbolic order is a sham built on sexual repression." In this context, we could interpret "the symbolic order" as the patriarchy, or traditional gender roles. The possessed girl acts as a female subject who refuses to take up her "proper place" in society, as a meek or quiet young woman who is clean and proper and eventually a mother.

This is emphasised in The Exorcist: where Reagan's mother, Chris MacNeil (Ellen Burstyn), is a graceful, beloved film star known for her beauty, Reagan becomes the exact opposite. In the film, maternal roles are thrown out of the window, and woman is constructed as, per Creed's writing, "a rebellion of filthy, lustful, carnal, female flesh." It is always fascinating to examine horror and other genre films as a response to society, as they are the most engaging ways of telling stories – with fantasy and monsters and magic. Studying society's perception of gender in horror also reveals the male fear of the feminine sexuality and women's bodies.

Film has historically attempted to explain women away by turning them into supernatural leviathans. In Carrie (1976), our eponymous protagonist hits puberty and becomes a monster, and in Jennifer's Body, Jennifer becomes a demon as a literal punishment for not being a virgin. In his book "Danse Macabre," Stephen King states that “Carrie is about how women find their own channels of power, and what men fear about women and women’s sexuality.” The film is another brilliant example of how horror links the supernatural and the feminine, giving power back to women and examining the root cause of that fear in audiences.

In the context of Jennifer’s Body, Jennifer is sacrificed to the devil by men who believe she is a virgin to obtain good fortune. This backfires, and she instead becomes a demonic Succubus who needs to feed on men's flesh to survive. If she was a virgin, she would have simply died. Horror is a reaction to a society in which women are shamed continuously. Whether they are not interested enough in sex and are "prudes," or they are too interested and are "sluts" – we simply can't win. So don't blame us when we are forced to become witches, werewolves, or boy-eating demons.