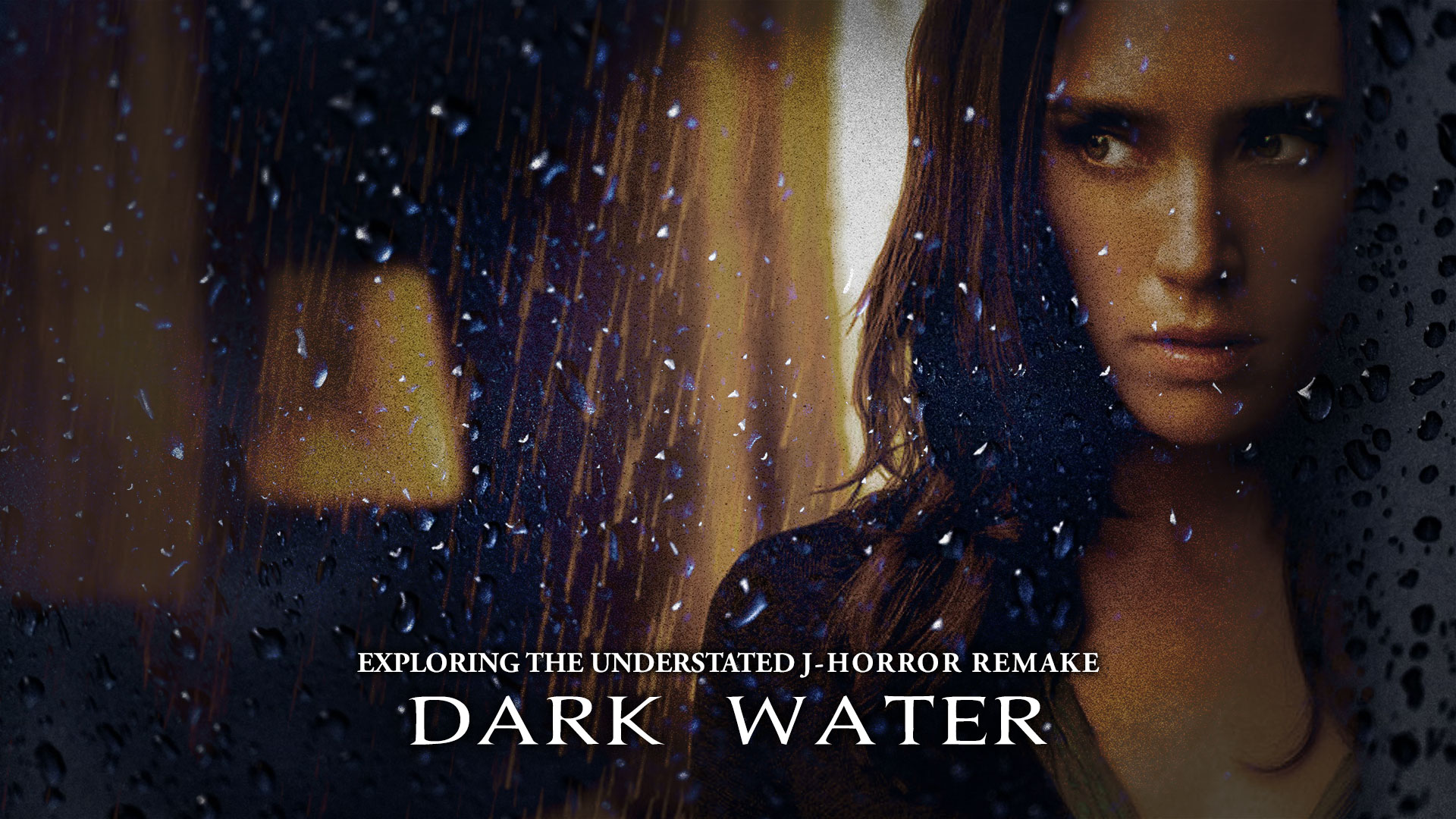 When Walter Salles' Dark Water was released in July 2005, it was part of a wave of American remakes of Asian (primarily Japanese) horror movies, following the successful American J-horror remakes The Ring and The Grudge. Dark Water's release presaged the forthcoming cheapening of the trend, with forgettable takes on Pulse, The Eye, and One Missed Call, among others, on the way. Critics at the time were mostly underwhelmed, and the movie wasn't a major box-office success. While both the Ring and Grudge franchises have been revived in the U.S. in the last few years, no one is clamoring to return to Dark Water.

That underestimation makes Salles' film prime for rediscovery, though, and it's a gem among the '00s crop of American takes on Asian horror. Using the plot and characters of the 2002 Japanese film, it tells an American story about the struggles of single motherhood and the failures of urban infrastructure. The original movie, directed by The Ring's Hideo Nakata and based on the short story Floating Water by Koji Suzuki, author of The Ring's source novels, follows a single mother in the process of an ugly divorce. She moves with her young daughter into a rundown apartment building, where an ominous stain in the corner of her bedroom is the harbinger of an angry spirit.

Adapted by screenwriter Rafael Yglesias, the American Dark Water starts from the same premise, with harried mother Dahlia (Jennifer Connelly) searching for an affordable apartment in New York City as she's in the midst of a divorce and custody battle with her soon-to-be-ex-husband Kyle (Dougray Scott). Dahlia strives to provide a stable home for her six-year-old daughter Ceci (Ariel Gade), and Kyle makes it anything but easy for her. From her first onscreen interaction with Kyle, Dahlia is belittled and condescended to, called "crazy" and "insane" in front of the mediators handling their case. Dahlia retreats to the isolated enclave of Roosevelt Island, in the middle of the East River between Manhattan and Queens, where she finds an apartment in a stark, dingy building that property manager Mr. Murray (John C. Reilly) claims were built in the "brutalist" style. "Some of their original plans for the place were a little crazy," he tells Dahlia, with Kyle's same kind of dismissive attitude.

Reilly radiates insincerity as Murray, a first-rate huckster who can claim an apartment has two bedrooms because the living room doubles as the second bedroom, and who calls the floor below the top floor the "lower penthouse level." The building could not look more inhospitable, but Dahlia takes the apartment because it's the right price, and it's only two blocks away from a school that's supposed to be one of the best in the city, where Ceci can find some stability and support. Murray introduces her to the taciturn, vaguely Eastern European building superintendent Veeck (Pete Postlethwaite), who doesn't even bother to feign enthusiasm about Dahlia's new home.

The indifference of the men surrounding her only isolates Dahlia further, and when she notices a discolored water stain on her ceiling, no one has any interest in helping her. Murray blows her off, pretending to be in a meeting as he heads into an off-track betting parlor. Veeck claims that he isn't authorized to fix the plumbing, and then Murray claims that Veeck is the one responsible for repairs. Meanwhile, the stain grows, and Kyle has hired a legal team to tear apart Dahlia's fitness as a parent and win Ceci's custody. Even without the vengeful ghost of a little girl invading her home, Dahlia's life is close to falling apart. And yet she holds it together.

Dahlia takes an occasional pill (for migraines, as she tells her lawyer) and sometimes flashes back to her troubled childhood, crying out to a mother who abandoned her. That emotional trauma only motivates her to be the best mother that she can be to Ceci. It ultimately drives her to find out what happened to Natasha (Perla Haney-Jardine), the daughter of Russian immigrants who lived in the apartment above Dahlia's place. Rather than fight or attack the ghost who haunts her, Dahlia becomes an advocate for justice, enlisting the help of possibly shady attorney Jeff Platzer (Tim Roth) to seek out the truth about Natasha's disappearance. Dahlia was once left alone to fend for herself, and she won't do that to Ceci or to Natasha.

"She's lost like you," Ceci says to Dahlia about the girl who first seems to be Ceci's imaginary friend. The movie further connects Dahlia to Natasha by having Haney-Jardine play young Dahlia in flashbacks. The same men (Murray and Veeck) who ignore Dahlia and gaslight her about what's really causing the damage to her apartment are the ones whose neglect led to Natasha's demise. There's no safety net for these vulnerable women, no system designed to protect them or even acknowledge them. The only recourse that poor Natasha has is to become a ghost and wreak havoc, and even then, it's only Dahlia who cares.

Connelly plays Dahlia with just the right mix of anger and vulnerability, often on the verge of breaking down but always composing herself afterward, finding a way to be the best possible advocate for herself and her child. Neither Salles, who was coming off his critically acclaimed Che Guevara biopic The Motorcycle Diaries, nor Yglesias, best known for adapting his own novel into the Jeff Bridges drama Fearless, had ever worked in horror before. They both come from backgrounds in literary adaptations, and they imbue their filmmaking with a social conscience. In his native Brazil, Salles made the internationally awarded dramas Central Station and Behind the Sun, both stories of poverty and struggle on the margins of society. Yglesias also adapted Victor Hugo's Les Miserables and Alan Moore and Eddie Campbell's From Hell, and he approaches the source material for Dark Water with the same kind of respect.

Salles and Yglesias treat Dark Water with the gravity and respect of a serious domestic drama, fleshing out characters who were mainly plot devices in Nakata's film, and grounding the movie in a specific time and place. The lawyer in the original film is mostly a source of exposition and a bureaucratic facilitator. Still, Platzer is a caring friend and a character in his own right, with oddball quirks like how he seems to run his entire practice out of his car, always "on the way" to meetings that may not actually exist. Even the little girl haunting the apartment building is more nuanced in the American film, the product of cruel neglect from multiple adults consumed with their own self-interest. All of the horrors in Salles' film have their roots in social inequality and neglect.

That's not to say that Dark Water isn't creepy, but the scares aren't the priority, and the filmmakers don't just copy the already familiar J-horror devices. With the near-constant severe downpour, you can feel the dampness in every frame, permeating every space the characters inhabit, even when they're ostensibly warm and dry. The building's creaky, malfunctioning elevator and noisy, sputtering pipes are the kinds of everyday horrors that usually just indicate poor maintenance, not restless specters, and their mundane unpleasantness makes them more insidious. It's scary to be pursued by a ghost, sure. Still, it's even more frightening to be tossed aside into a crumbling residence, desperately fighting to be heard but encountering only cold indifference.