‘Shirley’ and Unraveling the Mind of an Iconic Horror Writer

By: Toni Stanger | September 18, 2020
Home / Articles / ‘Shirley’ and Unraveling the Mind of an Iconic Horror Writer 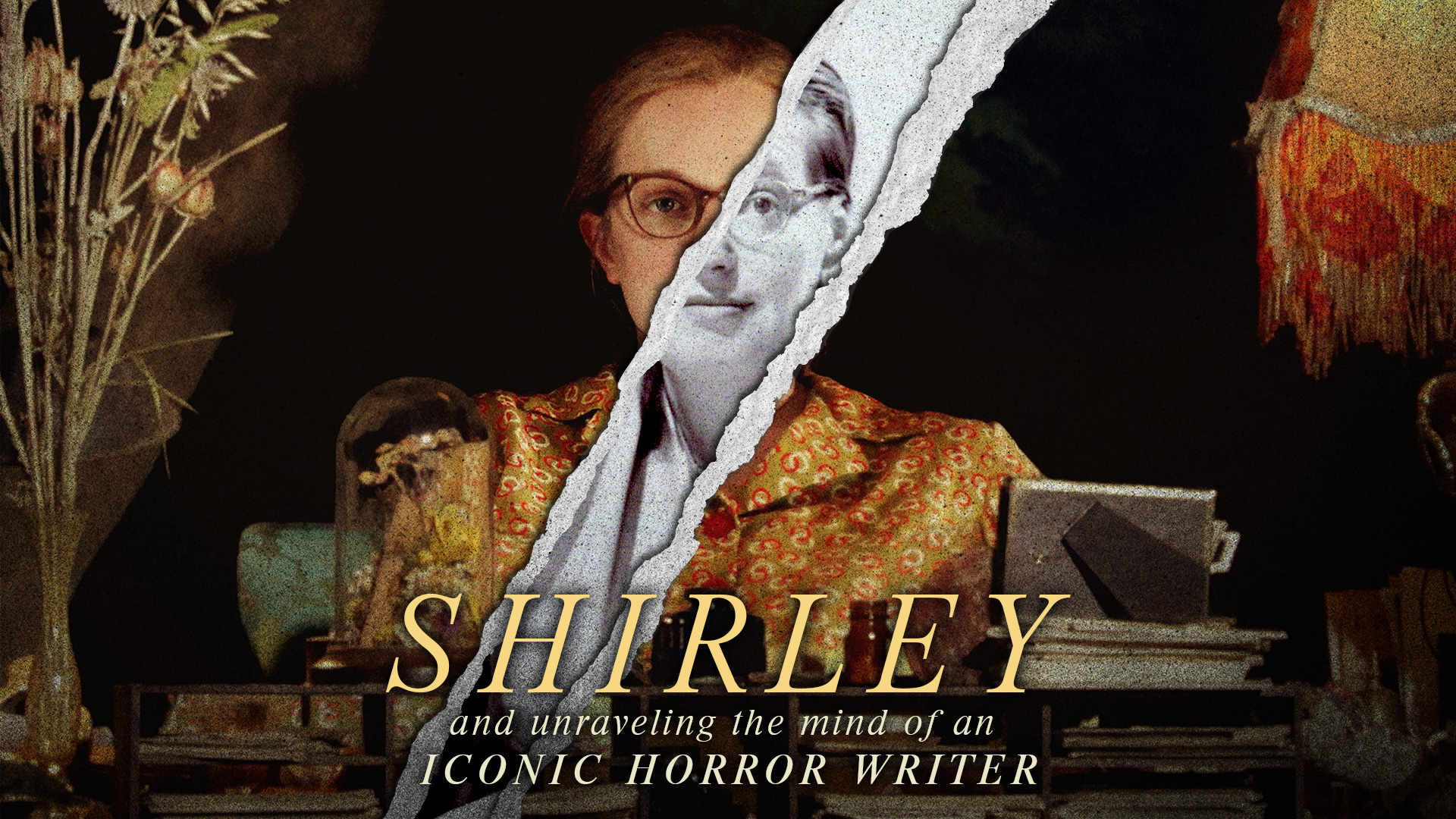 Josephine Decker, director of experimental drama Madeline's Madeline, explores American horror writer Shirley Jackson's life in her 2020 film, Shirley. Jackson, who has written six novels, two memoirs, and over 200 short stories, is perhaps best known for We Have Always Lived in the Castle, The Haunting of Hill House, and her short story The Lottery. The former two were adapted for film and television respectively in 2018, and The Lottery is, as of the date of publication, being adapted into a feature film by Paramount Pictures. The short, which was first published in The New Yorker in 1948, remains one of the most controversial stories ever published by the newspaper, and it is actually where Shirley begins.

Rose (Odessa Young) reads The Lottery for the first time on the train, and she, unlike most who were deeply disturbed by it, has a different reaction. She calls it "terrifically horrible" and immediately drags her husband Fred (Logan Lerman) into the train toilets to have passionate sex. The young couple happens to be on their way to Shirley's (Elisabeth Moss) house, which she shares with her husband, Stanley Edgar Hyman (Michael Stuhlbarg). Stanley is a literary critic and professor at a women's college in Bennington, Vermont, where Fred will be joining him as a teaching assistant.

Rose was looking forward to meeting Shirley, but her dark and abrasive nature results in great disappointment — if anyone embodies the tortured writer trope, it's undoubtedly Shirley Jackson. Set in the 1950s, the women find themselves defined by strong gender norms. Shirley's acerbic nature allows her to easily break these conventions when around others, but it's harder for her to be around Stanley — her harshest critic. "You know how insulted I am by mediocrity," he says, reminding her that he needs to check over her work before getting too far into it, so she doesn't waste their time. Later in the film, Shirley anxiously awaits his approval on what becomes her second, The Hangsaman, as she sits with the pressure he always puts on her to achieve nothing short of excellence.

Stanley coerces the couple into staying with them and tasks Rose — who has potential for academia — with housewifely duties, such as helping with chores and keeping Shirley company. When Rose's pregnancy is revealed over dinner, Shirley says to Fred, "Well, I hope it's yours," but her sense of humor isn't enjoyed by everyone — certainly not by Rose, who is still coming to terms with Shirley's apathetic nature. Rose tells Shirley that after her baby is born, Fred is letting her go back to school. Shirley jokes with her, "He's allowing you. Wooow," but they're both in on the joke. Rose is bright and full of potential, but she may never become who she wants to be. It's the same with Shirley — at first, it seems that having Stanley look after her is encouraging her brilliance, but his dictatorial nature might be hindering her in more ways than one.

For her novel, Shirley finds inspiration from the real unsolved disappearance of 18-year-old Bennington student Paula Jean Welden. Still, she needs a muse, which is where Rose comes in. While the pair dislike one another at first, they grow closer when they discover that they both share an affinity for the macabre. Shirley explains that people think her "dark thoughts are going to infect them," and perhaps they infect Rose. Sometimes we cannot tell what's real and what's imagined as the line between fiction and reality blurs together — a skill Decker has already become known for portraying on-screen despite her small filmography. Is Rose even real, or is she just a character in Shirley's story?

The two women's unraveling psyche draws comparisons with the film's source material — the novel of the same name by Susan Scarf Merrell — as it blends facts about Jackson's life with fictional dynamics and altered timelines. "There's nothing fascinating about this girl except that she's gone," Shirley says about Paula. Still, she knows that there was so much more to her, so she sets out to give her a fully fleshed out life through Rose by imagining her performing specific tasks and being the lost girl in the woods. She fills in the gaps just as Decker and screenwriter Sarah Gubbins bring to life how Merrell filled in the gaps for Jackson in her novel.

The house, Shirley, and Stanley all possess a type of dark energy that takes over Rose in a way that drives her to become not only more feral but empowered to become a stronger woman — one that is free from the weight of '50s societal archetypes. Shirley and Rose are both victims of a male-dominated world, but they respond to their environment differently and admire the things in each other that they are missing in themselves. Shirley is obsessed with Rose, but she holds lots of conflicting opinions about her. Shirley despises Rose's simple mindset and looks down on her, yet simultaneously is filled with admiration and attraction. In the same manner, Rose hates Shirley's cruelness, but she finds her alluring and values her genius. They are everything they want to be, and the film's complex and unpredictable themes make the characters' interactions so captivating to watch.

Moss's filmography, which features The Handmaid's Tale, Her Smell, and The Invisible Man (2020), showcases her natural talent for portraying unease, paranoia, and mania. Shirley is no exception as Moss captures Jackson's vulnerability perfectly and, with her tired and unkempt appearance, looks uncannily like the troubled writer. Moss puts everything into her performance as she walks on a tightrope between chaos and control, depicting Shirley as irreverent and unpredictable. Shirley tests Rose's patience by wandering off into the woods and toying with poisonous mushrooms, just to name two things. The film is filled with chaotic energy through and through, which is harnessed by the extraordinary cast, the concise writing, and Decker's focused and claustrophobic camera movement.

In the style of Who's Afraid of Virginia Woolf, we get to watch some fascinating and challenging dynamics unfold between these two couples who live under one suffocating roof. The score, set design, and atmosphere captures the mindset of Shirley and, eventually, Rose. Shirley and Rose's dynamic proves to be the most exciting aspect of the film as their relationship dips into female desire, and the men remain in the background. At times, Shirley is reminiscent of the likes of Katharine Hepburn and Bette Davis — delivering harsh insults from a strong, deep voice — and other times, she appears gentle, overly anxious, and muted by mental illness. She has picked up some of Stanley's worst traits, which gives her a voice amidst all her troubles and traumas, which she, in turn, puts onto Rose to inspire her writing.

Shirley is not just a psychodrama, but it is a tribute to Jackson herself. It brings her to live like a character from one of her own novels, depicting her as both powerful and unstable, while still capturing Jackson's dark sense of humor and depth: "I'm a witch, didn't anyone tell you?" Shirley asks, becoming one of her own monsters.